The Touring Motor Glider Association was formed to exchange technical information, coordinate activities, and share experiences. Our goal is to be the (world-wide) Go-To source for all information about touring motor gliders.

TMGA Statistics
The TMGA membership currently stands at over 900, spread among 46 countries. A quarter of our group comes from non-USA countries; twenty-three percent of the members (worldwide) have their own TMGs. We continue to grow virtually every day.

The world map at the right shows those TMGA’ers who have submitted location information and who are “mapped”. There are a lot more members around the world who haven’t done so and you are encouraged to submit your information (website > Community tab > Member Map). It takes only a few minutes to get mapped; please understand that the TMGA does not relinquish this information for ANY reason.

Why get on the Map? One of the best reasons is that when you’re traveling you’ve got a ready-made local friend; use the website to reach out and connect…you might even get a ride in a TMG!

TMGA Now a 501c3 Non-Profit Organization
In September 2016, the TMGA was awarded official non-profit status by the state of Nevada and the U.S. federal government. This is important for three reasons: (1) as a recognized corporation it provides increased legal protection for event organizers, (2) it allows individuals to donate money and items to the TMGA to further the mission of the organization and receive tax deductions for those gifts, and (3) it provides a stable platform to continue to grow the TMGA.  There are ways you can participate:  1st in your paid memberships; (2) sponsorships; and, (3) outright donations.  Please see the Payments Navigation tab on the website for more guidance.  Contact any of the leadership if you have any questions.

2016 West Coast Recap
The Western Fly-In returned to Minden, Nevada for four fun-filled days September 7 thru 11.  Nine ships were on the ramp and a great time was had by all. In addition to the pilots and co-pilots, there were several attendees who were looking over the fleet for future TMG purchases.
Unfortunately, TMGA Chairman Richard Pearl decided to practice his tree landings en-route to the fly-in; fortunately he received only a few scratches but his Grob 109 – which recently went through a complete restoration – was totaled. Richard’s admonition to others: “don’t ask more from your aircraft than it’s prepared to deliver” is a well-deserved aviation axiom. Per Richard - any new aircraft for him will have a lot more power.

Aircraft started arriving on Thursday and we all encamped to the Carson Valley Country Club restaurant for a Basque dinner. This is a dining experience where NO One goes away hungry. Friday morning saw introductions and airport and area briefings by host Laurie Hardin of SoaringNV and the Minden Airport staff. The day saw some great Minden-style soaring. Friday evening it was off to Lake Tahoe for a dinner cruise…spectacular as always. Saturday morning it was the retelling of the great flying exploits of Friday, then off for another day of soaring.

Saturday night was the banquet at the host hotel, the Carson Valley Inn, where local pilot Frank Murray talked about his experiences as a test pilot for the A-12 airplane, the predecessor of the SR 71, plus numerous other aircraft before, during, and after the Vietnam War. Frank accumulated over 6,000 hours in military aircraft and another 1,000 hours in civilian aircraft. Frank had the audience in awe, and frequently in stitches from laughter, about his career.

Sunday morning spent re-capping the previous day’s flying, and then saying good-by until next year. 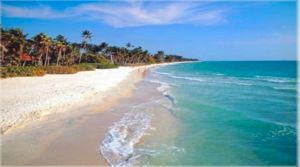 April 2016 saw the first TMGA East coast fly-in, hosted by Jim and Kathy Lee (USA Phoenix distributor). The response to the event was such that we decided to continue the fly–in on that coast. Jim and Kathy, however, decided to en-camp for Minden, NV as a permanent base of his Phoenix operation and, in true TMGA fashion, another TMGA’er stepped forward.

We are pleased to announce that the 2017 East coast fly-in will be managed by Mike and Suzanne Schumann (new Phoenix owners). The event will be held in Naples, Florida Thursday March 30th through Sunday April 2nd.  The timing was decided upon to coincide with both the Sun-N-Fun national fly-in and baseball spring training. The weather should be great, and Naples is a world-class destination. We’ll be arranging lots of non-flying things to do and we’re confident that we’ll again get a great banquet speaker. Stay tuned for details, but plan on coming for a great time.

For non-USA TMGA’ers, there are major international airports within 100 miles of Naples so, think about making this fly-in as part of a great USA vacation.
We’re only five months away from this fly-in, so get on the list by accessing the EVENTS tab on the website, then go to the 2017 East Coast sub-tab.

2017 Mid-America Fly-In
At Minden this September the question was asked: why isn’t there a mid-country Fly-In. Since we didn’t have a good answer, we tasked the question-poser to come up with some ideas (no good deed goes unpunished)! It will most likely be held in the summer, so stay tuned for details. If you have any thoughts or suggestions, please post them to: richard.pearl@motorgliders.org.

In 2017 we’ll continue the tradition of moving the western Fly-In around to new locations. Southern California TMGA’er Gabriel Cioffi (turbo Diamond) has volunteered to be the local “sparkplug”, with a proposed fly-in at Camarillo, California. This coastal airport in Ventura County – just north of Los Angeles – offers exceptional geographic beauty and many exciting places to fly to, and ground visit. At this point we’re thinking about late August or early September. Stay tuned.

Member Profile – Collin Gyenes
Some people start their flying adventures in their teens, some in their earlier years, some in their middle years, and some in their senior years. Collin started his adventures at ten (10) years old when his dad and Aerosport, Inc. partner Phil Paul imported their 1st Sportavia-Putzer RF5B (1975). They also imported about 350 Blanik L-13’s and other gliders like the Pilatus B4, Jantar, and Ogar motor glider.

Collin’s first soloed a glider was in 1978 (a Blanik), his first powered aircraft in 1980 (a Luscombe 8A), and first motor glider in 1986 (an Ogar). Since then he’s flown 10 types of motor gliders and 62 other airplanes and gliders. Picture at right: Collin and John Bruckner at Long Beach Airport, circa 1975.

Collin says that one of his favorite things about motorgliders are the VW- based engines. He has been in the VW business for 35 years and is currently President of Techtonics Tuning, which sells VW parts and builds VW engines. Collin is also involved in automobile racing and attained a land speed 164 mph record in a 1969 Karmann Ghia!

He is currently rebuilding a RF4D and flying a RF5B. Collin has about 700 hours in just these 2 models, and has flown both from the east coast to west coast. We’ve had the pleasure of Collin’s company at several of the West coast fly-ins.

Collin currently lives in McMinnville, Oregon and is married with six (6) kids (future pilots, we assume).

TMGA Website - Classified Ad Section
Our Classified Ads section continues to grow, and, more importantly, is really working. Current statistics: views (66,663); items sold (25); value of items sold ($1.6 million USD). If you’ve got a TMG-related product to sell, or if you’re in the market for that “toy”, this is the place to look.

Your Story, Your Words – Done something unusual that you’d like to share? Please submit those great stories to the Forum section of the website and just start a new Thread.
Respectfully Submitted,

There are no comments to display.